Peninsula Kingswood Community Fund: A golf club that gives back 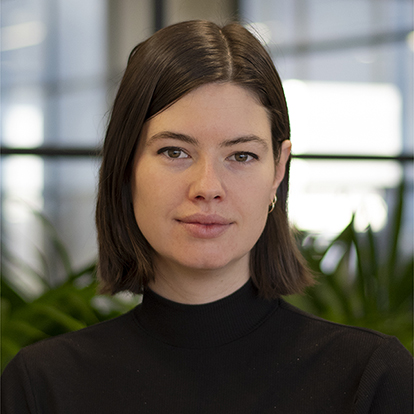 Not only is the club the product of an historic merger between Kingswood Golf Club and Peninsula Country Golf Club, but the golf course also underwent the biggest redevelopment in Australia’s golfing history, an acclaimed transformation several years in the making.

“Both clubs have a really long history,” says Glenn Fernandez, Board Director at PKCGC and Chair of the Peninsula Kingswood Community Fund (PKCF); “It’s a merger of equals, not one club taking over the other, so there’s this sense of equality.”

Now, after reopening in 2019, the club is looking to give back to the community in a generous and rewarding way that is unlike any other golf club in the country.

Glenn, who also works in the social sector, has been involved with the Club’s Board since 2017. When the opportunity to establish a foundation for the club came along, he says “I jumped and said, ‘I’ll do it!’”

As the Club embarked on its giving journey, setting strong foundations were front of mind for Glenn.

“We wanted to have a framework to help us decide what we support, and to determine what the community needs look like,” he explains.

“Of course, the Frankston City Council has done a lot of work and made a helpful start there. We’ve referenced the Frankston City Health and Wellbeing Plan, which has gone through community engagement and consultation. It’s this kind of data that pointed us to the two most vulnerable groups in Frankston: women and young people.”

“Now we’re considering how we can support those two groups across the domains of health and wellbeing plus education, employment and mental health.”

Community philanthropy has been growing steadily in this region since the establishment of the Mornington Peninsula Foundation in 2017 (formerly George Hicks Foundation), which practices place-based philanthropy to support education, community connections and economic independence.

With the goals of the Club’s community impact taking shape, Glenn was then faced with the prospect of setting up a philanthropic vehicle from scratch.

“We set off initially with kind of lofty ambitions of having our own foundation,” he says, “But really, with no knowledge about governance and compliance that would’ve been very difficult and cumbersome.”

“It’s that nitty gritty stuff, the operationalising, once we understood that, it made sense for us to be a sub-fund and Australian Communities Foundation was very aligned in terms of what we were looking for, both in its approach and philosophy.”

“This way, we don’t have to have a board of trustees; we have our committee that acts as an advisory group.”

“We’ve got a great committee with some remarkable people,” Glenn continues.

“We’ve got Dr Jenny Picking, an obstetrician from the local Frankston Hospital; Amanda Milledge OAM, a former corporate lawyer who is co-chair at Sharing Stories Foundation and Trustee at the Collier Charitable Fund; and Terry Scanlon from the Scanlon Foundation.”

A NEW ERA FOR PKCGC

Not even one year in and the Peninsula Kingswood Community Fund is off to a flying start, bringing the whole Club along for the ride.

“We’re supporting the Living Free project, which helps young girls and women caught up in the justice system,” Glenn explains. “There’s also one of the local Frankston primary schools, which we’re supporting through the Our Place initiative.”

“There were some women in the club who had been supporting the school already, so we’ve endorsed that particular project, and we’re hoping to uplift it all.”

“The school’s most immediate need was to have a supply of fruit for the kids to eat, and one of our members, who processes apples out in the southeast, has agreed to supply the school directly.”

Work experience for women exiting the criminal justice system and a community garden project are also on the horizon, as are plenty of community events featuring Marcus Fraser, Geoff Ogilvy and many more local golfing and sporting identities.

Glenn says the Community Fund has not only provided a renewed sense of purpose for the Club, but also an inspiring opportunity to embrace a new generation of golfers and a healthier community in Frankston and surrounds.